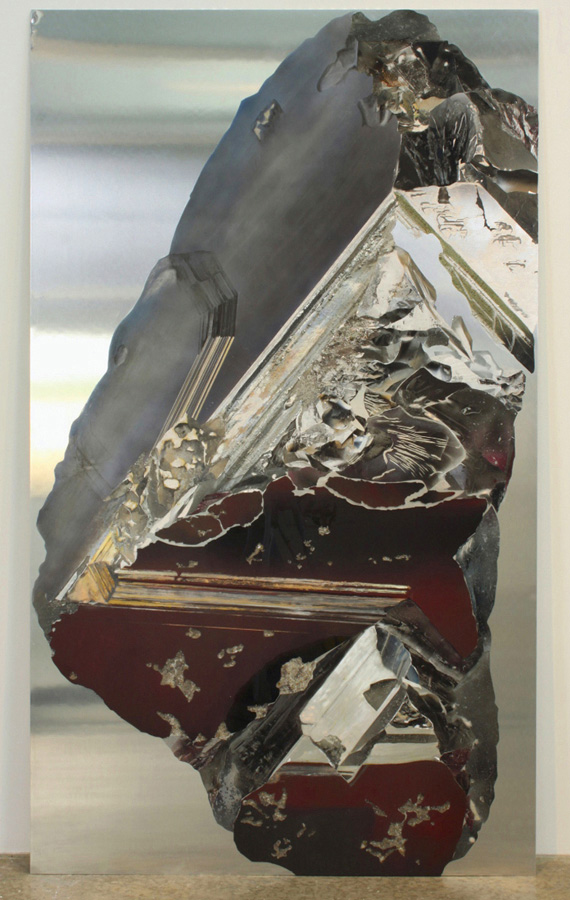 While the geological turn has been accompanied by a return to realism and materialism, drawing on the speculative and the scientific, it seems that this turn continues to prioritise human agency. This turn could be seen as a movement toward geological emergence independent of human minds, however it has remained human centred. How could the anthropocene be anything other than anthropocentric? Rather than a turn toward the geological, we seemed to have circled back and elevated the human into a new domain. No longer just superior species but now also a geological force. No longer just comparable to other mammals, organisms, biology’s, but also now it seems invading the categorical realm of the inorganic, mineral, cosmological. The anthropocene is posthuman in that it is a viral migration from singular biological host to an expanded multiplicity of geological, industrial, informational territories producing radical morphogenesis.

These expressions of the geological are linguistic excavations. These are thought machines that burrow into the geological only to resurface within the realm of the anthropocene. Linguistic expression is an inevitable component of any thought and is of course the primary tool for doing philosophy, however, I’m interested in how philosophy can be expressed in non-linguistic forms. Specifically, I want to explore how the geological can be expressed from within itself, how the forces of the geological can be siphoned at the source of its immanent materiality and then filtered into the immaterial and informational realm. The form of non-linguistic expression that most closely relates to the geological is painting. Even in representational forms, painting is the engagement between surface, condensed spaces and temporalities, flatness and semblance, however it is the material component of paint that overlaps with the geological.

Pigment emerges from the geological strata as mineral. The alchemical practices, both human and non-human, emerge and impinge over the geological to produce refined materials of sensation. Colour is first manufactured in the earth over millions of years, it is then activated as a technology of expression through the organic sphere. Painting becomes a reconnection to the geological materiality of pigment. This relation infers immanence to the emergent capacities of the earth, within the ritual and performance of painting.  Painting that engages with geological materiality bypasses the modern materiality and the industrial effects of synthesis. Where the industrial manufacture of synthetic colour is the attempt to re-activate dead matter, to homogenize and standardize, geological pigment is active and self-organizing, in flowing mixtures, where the organic is tangled up with the inorganic. 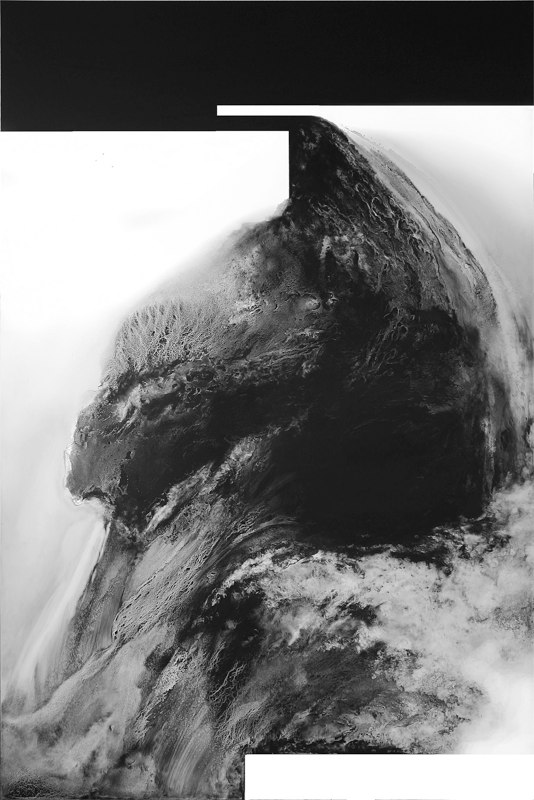 Three painters exemplify the tendency of painting as a non-linguistic philosophy. Leslie Shows, Onya McCausland and Seana Rielly are painters that draw on a range of materials, processes and expanded practices, such as research projects, that engage and relate non-representational painting with geological emergence.

Leslie Shows’ recent painting takes the mineral pyrite as a starting point for large-scale paintings. Using ink, acrylic, mylar, Plexiglas, metal fillings, crushed glass and engraving on aluminium, Show’s constructs materially complex paintings of the geological. In one sense the paintings might feel like representations of minerals, however if encountered as more than just representation, they become abstractions that compose processes that are both measured and contingent, they are material expressions of structure generating processes born in deep space and time. These processes are revealed in the both the productions of the natural and artificial world.

Onya McCausland takes an equally unique approach to the materiality of painting that avoids the dead matter of industrial pigment, instead McCausland sources pigment and colour directly from the landscape. The use of materials from the earth and the historical research into the landscapes that produce theses materials are refined into a painting practice that reveals the expressivity of geological materiality through the sensation of pure colour.

Seana Rielly’s flow paintings are made using liquid graphite, that leak’s and flows across the painting surface, finding the path of least resistance. Her paintings draw on the same forces that drive geological processes. Gravity, fluid dynamics and erosion produce images that are contingent, open and self-organizing. While the artist sets the restrictions and boundaries of the picture plane, the material produces an image of itself, it exists in its own sphere as material carbon distributed in patterns of information to be decoded as geophilosophy in the age of the anthropocene.

2 thoughts on “Painting and Geophilosophy in the Anthropocene”